A BOOK A DAY 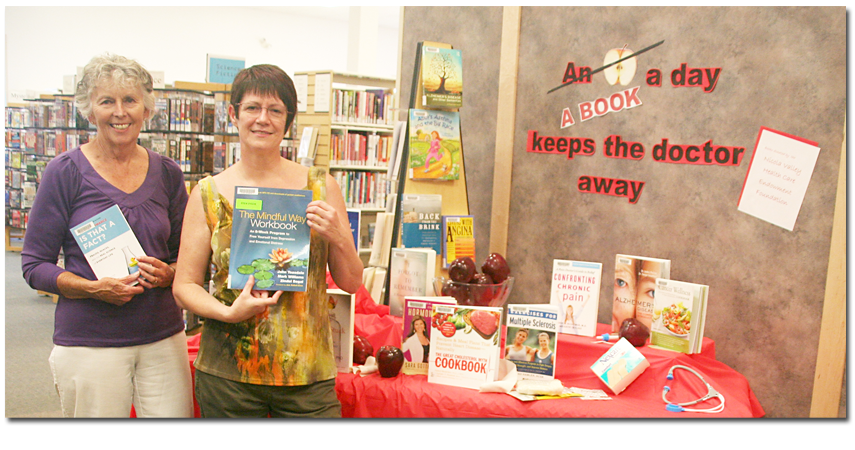 The Merritt library is home to 35 new books for its medical section with the latest health and wellness information thanks to a $700 donation from the Nicola Valley Health Care Endowment Foundation.

The books cover a range of topics, including recipes for people with high cholesterol, dealing with a mental illness or depression diagnosis, and the basics of Alzheimer’s disease.
The endowment foundation is perhaps best known for fundraising to help the local hospital purchase equipment, but the non-profit group contributes to community health in other ways — such as providing information to the public at large through these books, foundation director Libby Petrie (left) said.
Librarian Deborha Merrick (right) said the partnership is a win-win for both groups plus the public, which, of course, can access the books at no cost.